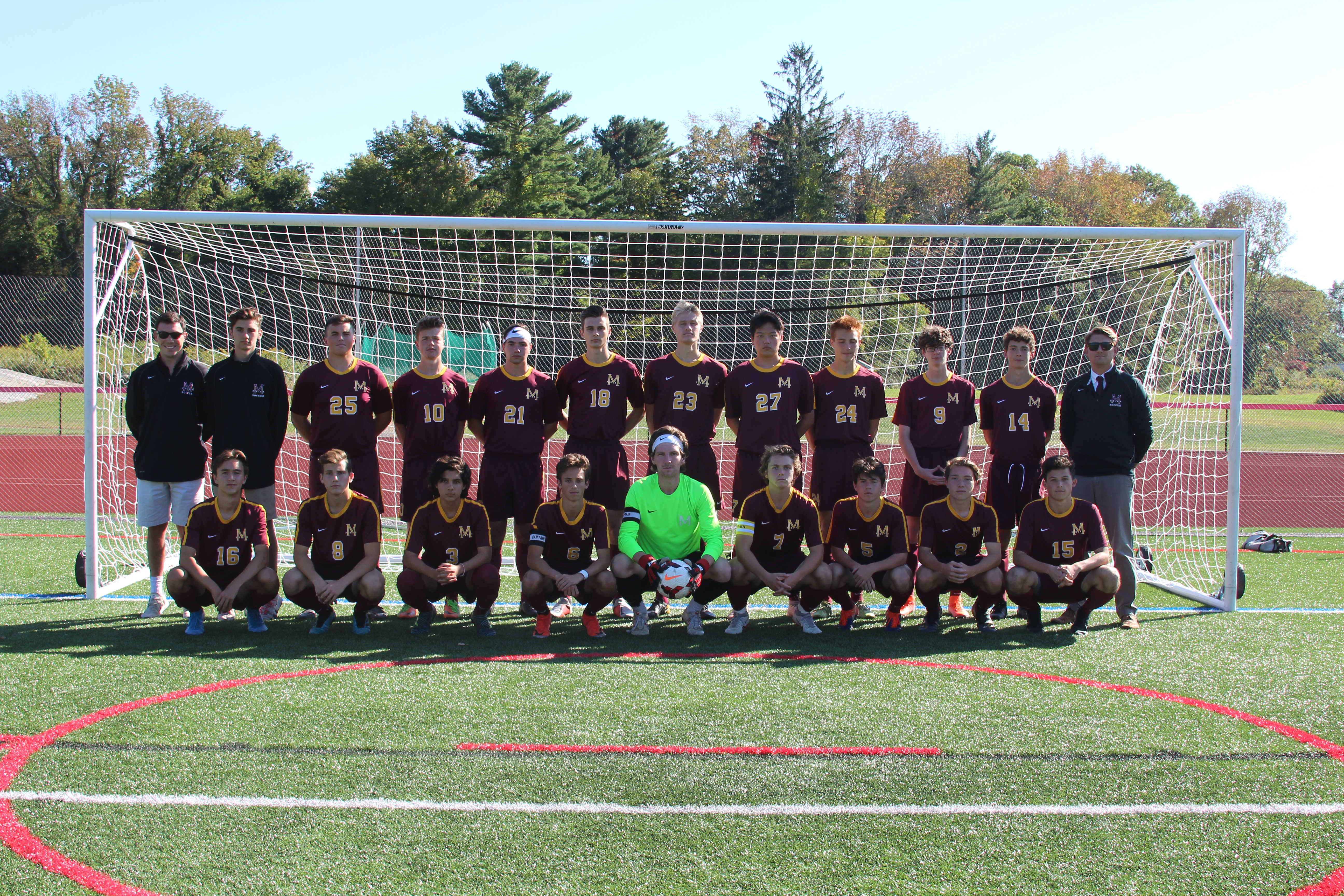 The Boys Varsity Soccer team can look back on their season with pride. The team recorded seven wins, ten losses, and three ties in a long and challenging three months. Goalkeeper Ryan Martin recorded 146 saves throughout the season. He also scored his first varsity goal. Backup goalkeeper and left-back Conor Allen would record sixteen. Ethan 'The Goose' Gosper lead the team in goals scored this season and had thirteen overall. Jared O'Connor and John Vigliotti would also score multiple goals Lucas Yash, Colby Pion, Connor Murray, and Ryan Barnwell, held a strong defense throughout the year. Ben Boucard and TJ Kennison both impressed and supported the team on the offense. Syhyoung Lee gave his all on the field and assisted in navigation on and off the field.

James Alves, Daniel Twohig, Jon Reardon, and Aidan Cook all proved reliable and willing to step up to any task. Nick Basley and Xander Cook helped the team on the wings and both recorded several assists this season.

The team had memorable wins against Greens Farms, St. Andrew's, and Governor's Academy under the lights at Putnam. The Knights had to work for each and every result against stiff competition. The Knights will miss our eleven graduating seniors, but the future of Marianapolis soccer still looks bright as the eight returning athletes look to build a new team with a new spirit.