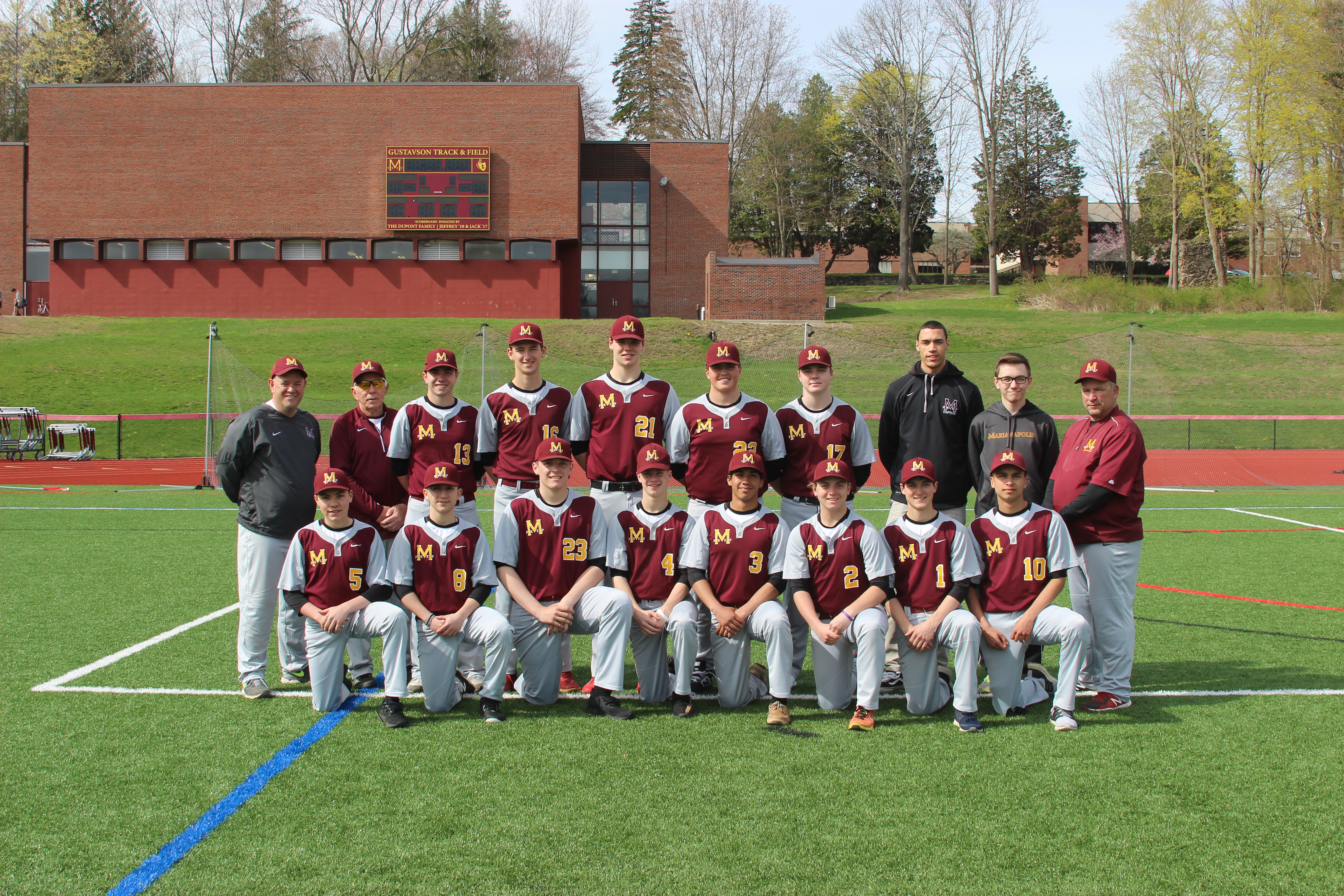 The Boy's Varsity Team battled through some tough challenges this year and the Coaching Staff is very proud of them how they handled the season.

It was an exciting season from the very beginning, with a come from behind win against Hamden Hall that got us off on the right note. This season saw us use eight different pitchers throughout the year, which is a true testament how deep we were in having the capabilities of being able to go to another pitcher if we needed. This year we saw the inaugural year of the Wood Bat League in which there was some really good baseball being played. The Knights battled and played in some tough games, often with the difference being just one run.  The team gained a lot of experience playing in this league.

The Knight's qualified for NEPSACS and were the 6th seed in  East for the tournament.  They played a tough opponent, Winchendon, in which they competed in a well-played game but came up short in the end.

Best of luck to the graduating Seniors in their new journey!