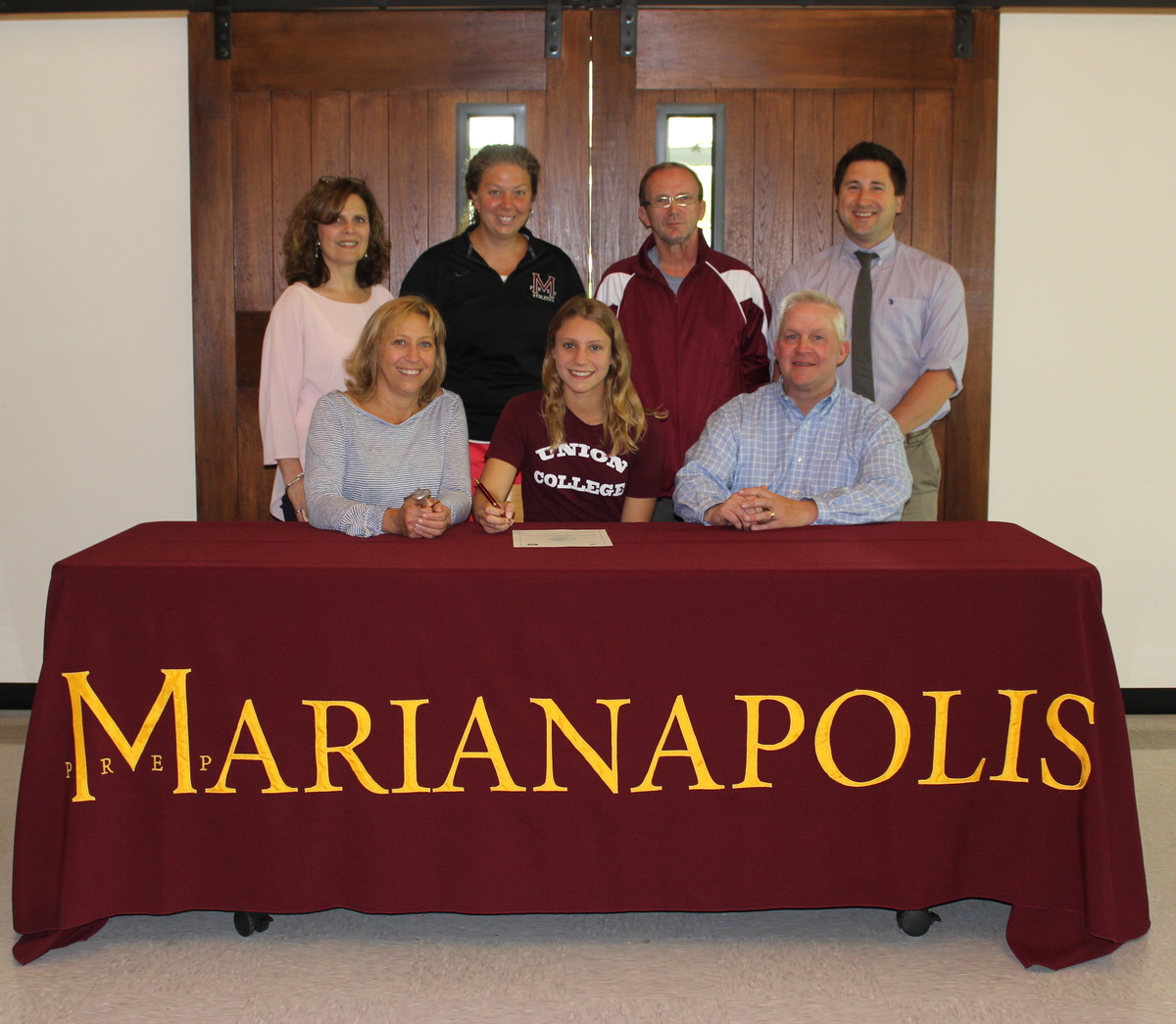 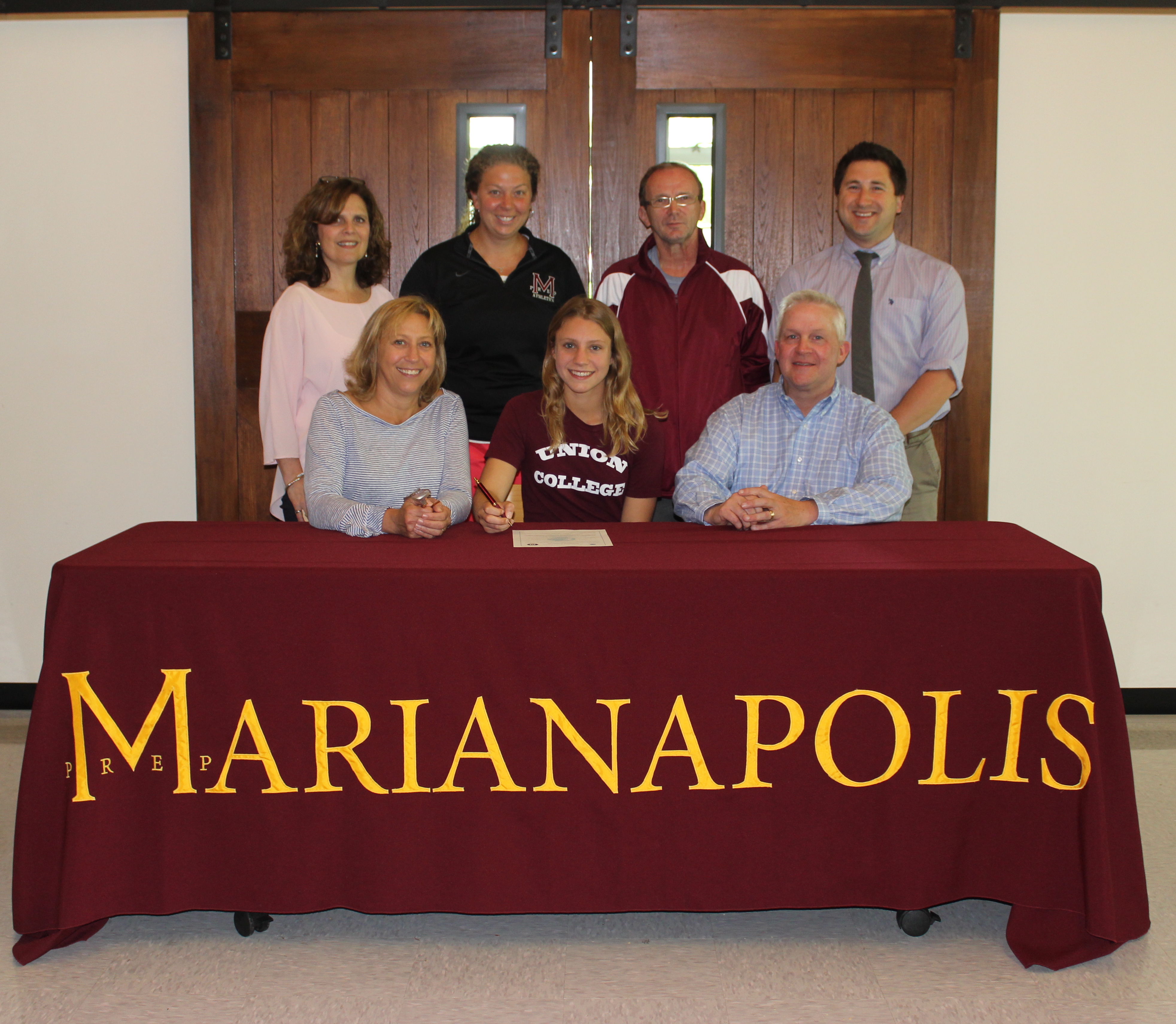 Mary Watkins ’18 of Sterling, MA signed to play soccer for Union College on May 17.

Watkins has been a member of the Marianapolis girls’ varsity soccer team since her freshman year, serving as captain this year. In addition, Watkins is also a captain of the indoor track team and a member of the varsity lacrosse team.

Watkins has been playing soccer for as long as she can remember. She is a utility player, mostly playing midfield and defense. She chose Union because “It was the school that gave the best fit overall. I was given a scholarship, I am able to play soccer, it is close to home, and I am in the honors program.” She is undecided on a major, but is interested in going to law school.

Marianapolis girls’ varsity soccer head coach Esad Darman said that Watkins is a player that every coach hopes to have, “She is an excellent player and hard worker. She is an unbelievable teammate and captain, never missing practice and sometimes I realized she tried to hide injuries to not disappoint her teammates. She always gives 100%. She is an amazing player that I am never going to forget.”

In addition to being captain this year, she has been a league All-Star three times, an All-New England Junior Team selection and played in the All-Connecticut All-star game as a senior.

Union College, located in Schenectady, NY is a Division III school, playing in the Liberty League.