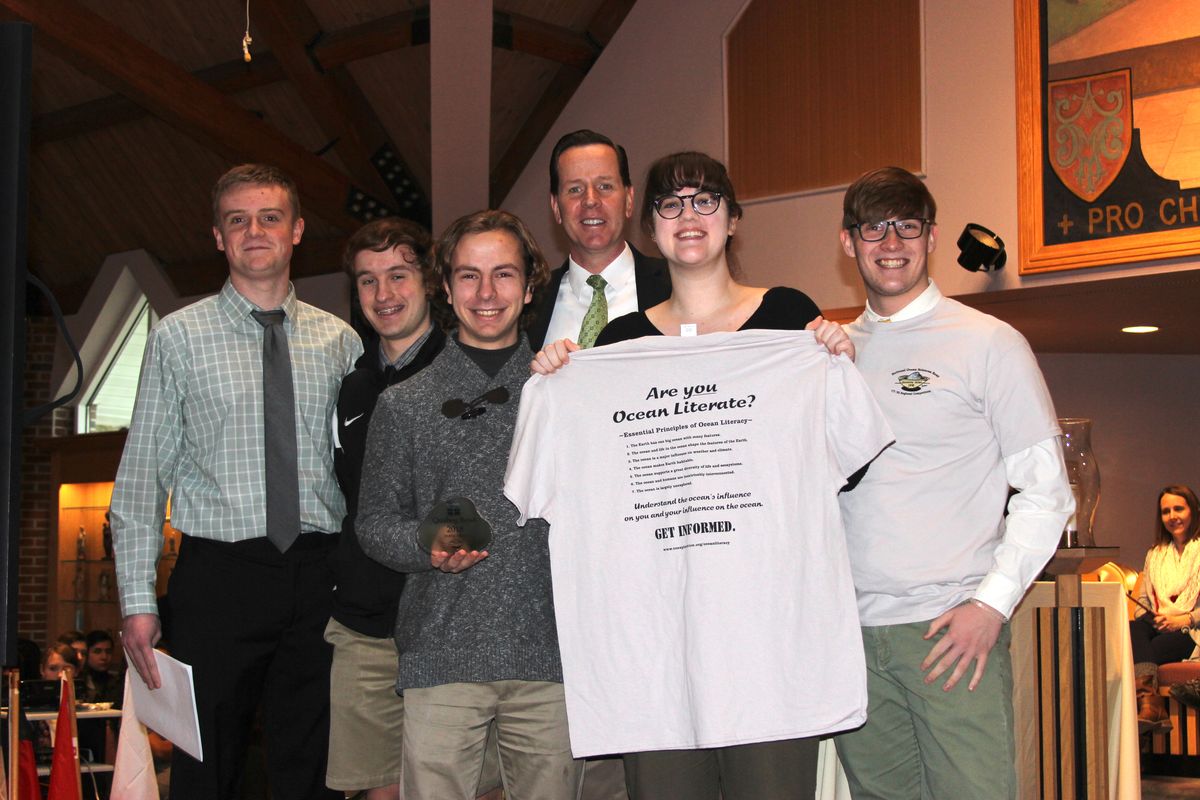 National Ocean Sciences Bowl (abbreviated as NOSB) held its 2018 annual competition under the theme of “Our Ocean Shaping Weather,” aiming to test the knowledge of students about information related to Marine Science, Maritime Policy, and Social Sciences. This year’s quiz bowl specifically focused on the understanding of the dynamics of weather and climate, as well as their effects on biological, social, and physical systems.

2018 NOSB’s Connecticut Regional Competition is called the Quahog Bowl and was hosted by Project Oceanology and the UCONN Avery Point Campus in Groton, CT. Teams compete in a Round Robin style competition that consists of multiple choice buzzer questions coupled with collaborative team challenge questions covering a wide range of concepts such as marine invertebrate biology (like penguins), physical oceanography, and analysis of graphs, all within a time limit measured in minutes. The teams are then seeded and move on to the single-elimination finals.

Despite this year's team's first exposure to tournament practice and little preparation, Marianapolis was seeded 7th out of 16 teams after the Round Robin and ranked 5th overall. This impressive result was accomplished by seniors Alyssa Harvey, Tom Nurse, Taylor Strong, Timothy Edwards, and Myles Wagner (Captain) with the essential support from their coach, Ms. Michelle Parker. The five outstanding students tackled advanced questions and challenges requiring proficiency in math, biology, chemistry, physics, among many other skills; as they are all enrolled in AP and science elective courses at school. The team defeated Norwich Free Academy in the single-elimination finals, but they lost against Ledyard High School, who later became the overall winner of the Quahog Bowl and who will continue on to the national round in Colorado.

“It was a great experience. I’ve never done anything like that before, but as a team we had a lot of fun putting our knowledge to use in a tournament-based competition. We didn’t know how we were going to do, so it was very exciting when we started doing really well.” Myles Wagner ’18, said. Myles has been interested in Marine Biology and the experience was an amazing exposure for him for future higher education and professional opportunities.

Marianapolis Preparatory School has competed in the NOSB competition for a consecutive 12 years since 2000, although the school had a brief hiatus when we did not have a team. However, due to the interest and motivation of students, Marianapolis continues the tradition of entering the competition. “NOSB stands for National Ocean Sciences Bowl.  If you like science and you like the ocean, this is for you! You don't have to be an expert in Oceanology but you do have to want to have fun, compete, and learn!” said Ms. Michelle Parker who hopes for a team to carry on the “legacy” in 2018-2019.