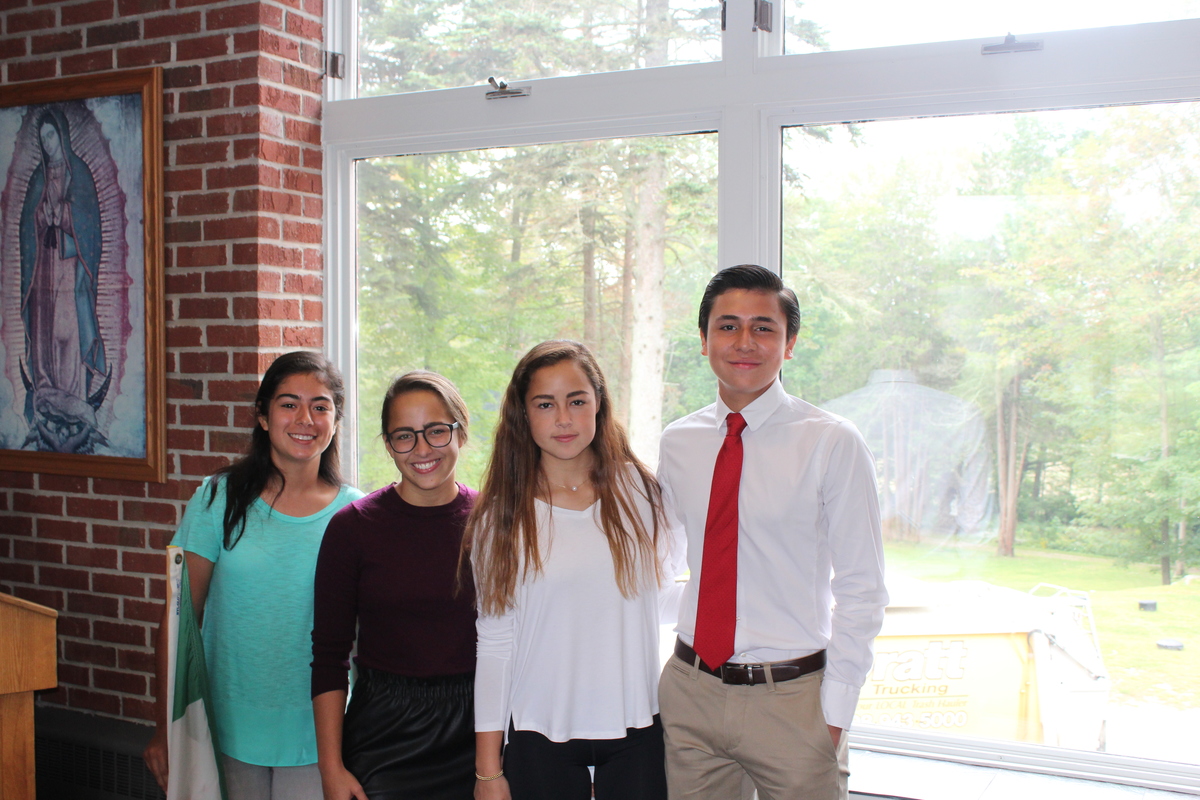 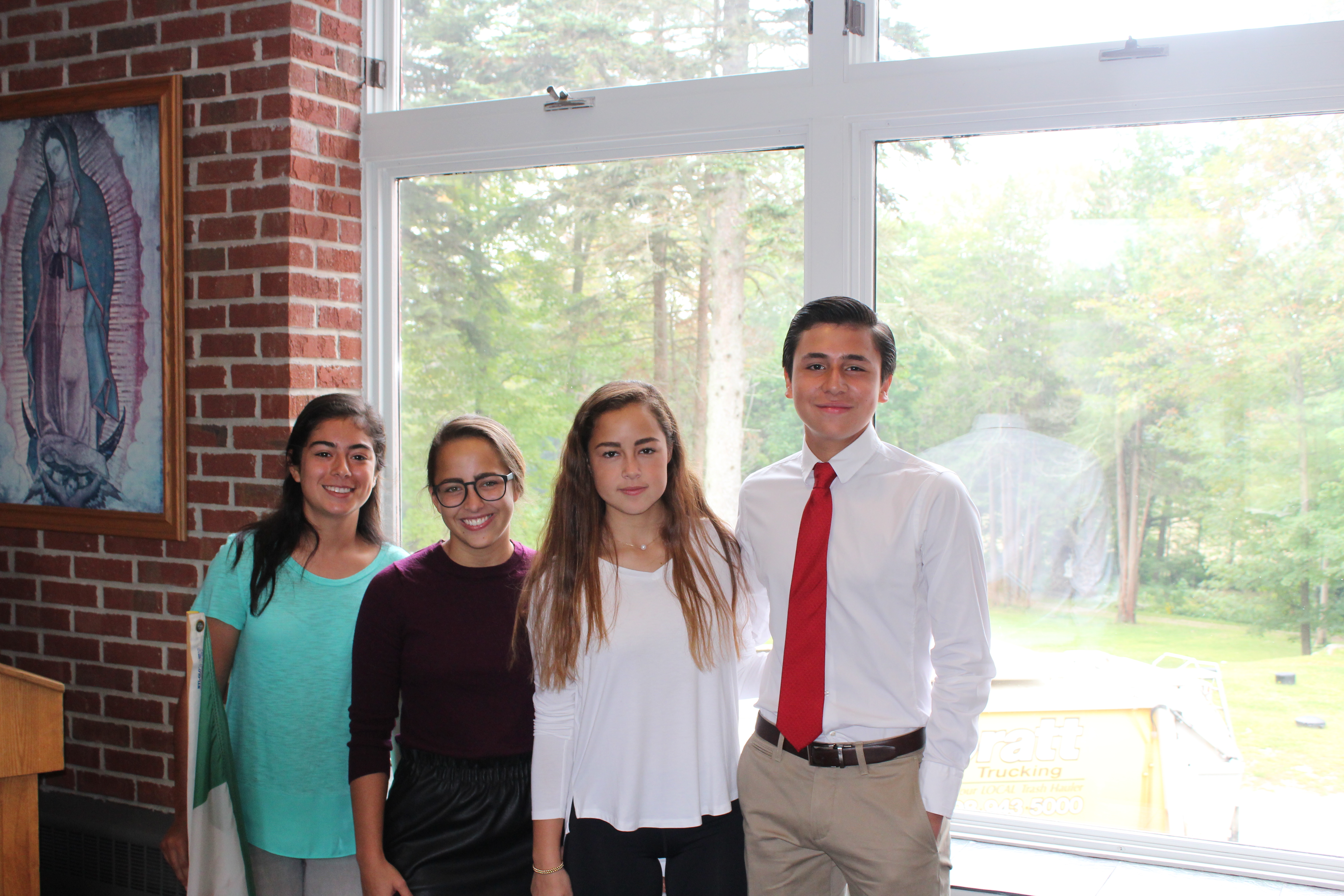 By Will Aldenberg '18
Media Team

On September 15, 2017, Marianapolis students and faculty gathered in the chapel for a presentation on Mexican Independence Day.

Mexican Independence Day, officially on September 16, celebrates the day in which Miguel Hidalgo made the “cry of independence,” marking the beginning of a Mexican revolt against the Spaniards. Mexico's independence day is celebrated in a similar fashion to America’s, including firework displays, parties, and celebratory foods.

Sisters Nicole '18 and Alexandra Marrufo '19, Jimena Solis Quintero '19, and Augusto Lopez Estrada '19, in collaboration with Mrs. Monica Vitale, Mr. Alexander DiMauro and the Marianapolis S.L.A.M. (Students Leading Adaptation by Modeling) leaders planned the event. The presentation was written and created by the Marianapolis students involved, all of whom were very excited to take an active part in celebrating their culture.

The Marianapolis community continued the celebration with Mexican cuisine during lunch time and a night of Salsa Dancing in the Dining & Community Room.

As a world-community, Marianapolis takes pride in celebrating its diverse population. The Marianapolis community looks forward to more cultural celebrations, including presentations from the S.L.A.M. leaders on the Korean holiday Chuseok and the Chinese Mid-Autumn Harvest Festival in the upcoming month. Students can also look forward to the return of the Student Rewards Program, which the S.L.A.M. leaders have been working hard to prepare.