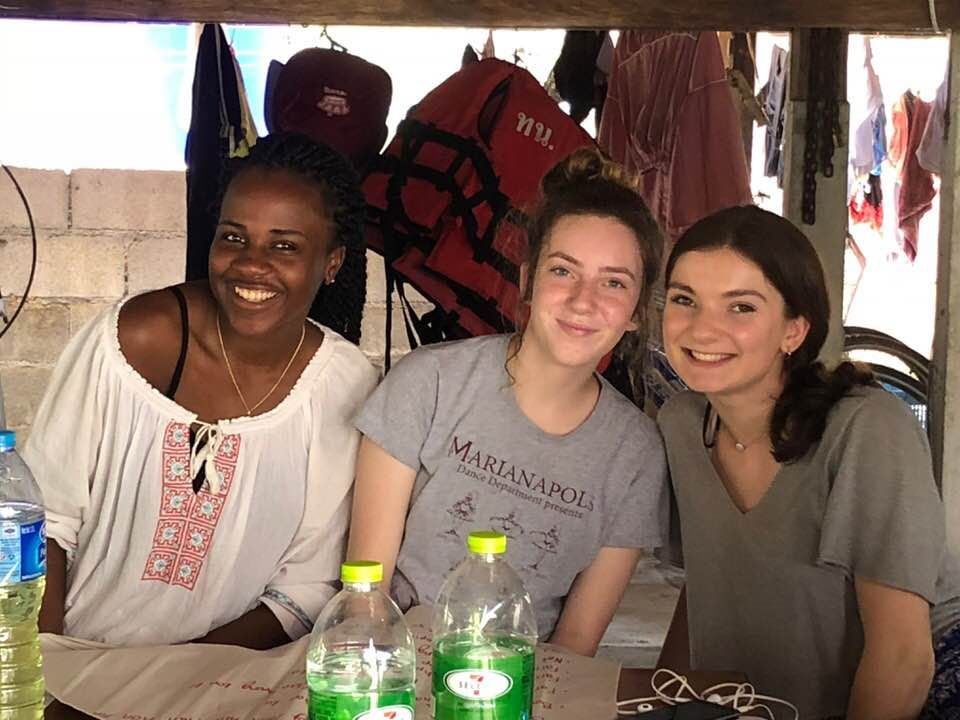 During LEAP Week and spring break, 13 students and two chaperones embarked on a three-week journey to Thailand’s Andaman Coast. There, the group immersed themselves into the Thai culture, living with natives and volunteering at local schools and ecosystems.

Rahmat Obanikoro ’19, from Ikoyi, Nigeria was one of the students on the trip. She was initially interested in the trip because it seemed like a once in a lifetime opportunity, and the fact that she would be spending her 16th birthday there sweetened the deal.

“It was not only cultural immersion and tourism that interested me, but the fact that it also had volunteer work included in it,” she explained. “I thought that would be cool to experience it instead of just going on a tour.”

Her favorite part of the trip was living with her homestay family. Students were divided into groups and stayed with families in the Ban Talae Nok village. At the home where Rahmat stayed, she had the chance to dine with the family and eat authentic Thai food, learn the native language, and immerse herself in the Thai culture. The homestay experience helped Rahmat to learn a little about herself as well.

Beyond the homestay portion of the trip, Rahmat really enjoyed the time spent volunteering. The group spent time at a local school painting a playground and the school building. In addition to painting, the group had time to interact with local schoolchildren. The group also spent several days working on a Mangrove reforestation project by planting 100 Mangrove saplings along the Mangrove channel.

“I felt like I impacted their community, by painting and planting mangrove seeds,” Rahmat said. “What took us a day or two to do, would probably have taken them much longer because they didn't have as many people helping them. It made me feel glad that I could impact their lives just by painting, and I could make their day better.”

In addition, the group had the chance to do some sightseeing including spending time at the local beaches, participating in a night safari, exploring caves and jungles, and viewing wildlife up close on a long-tail boat.