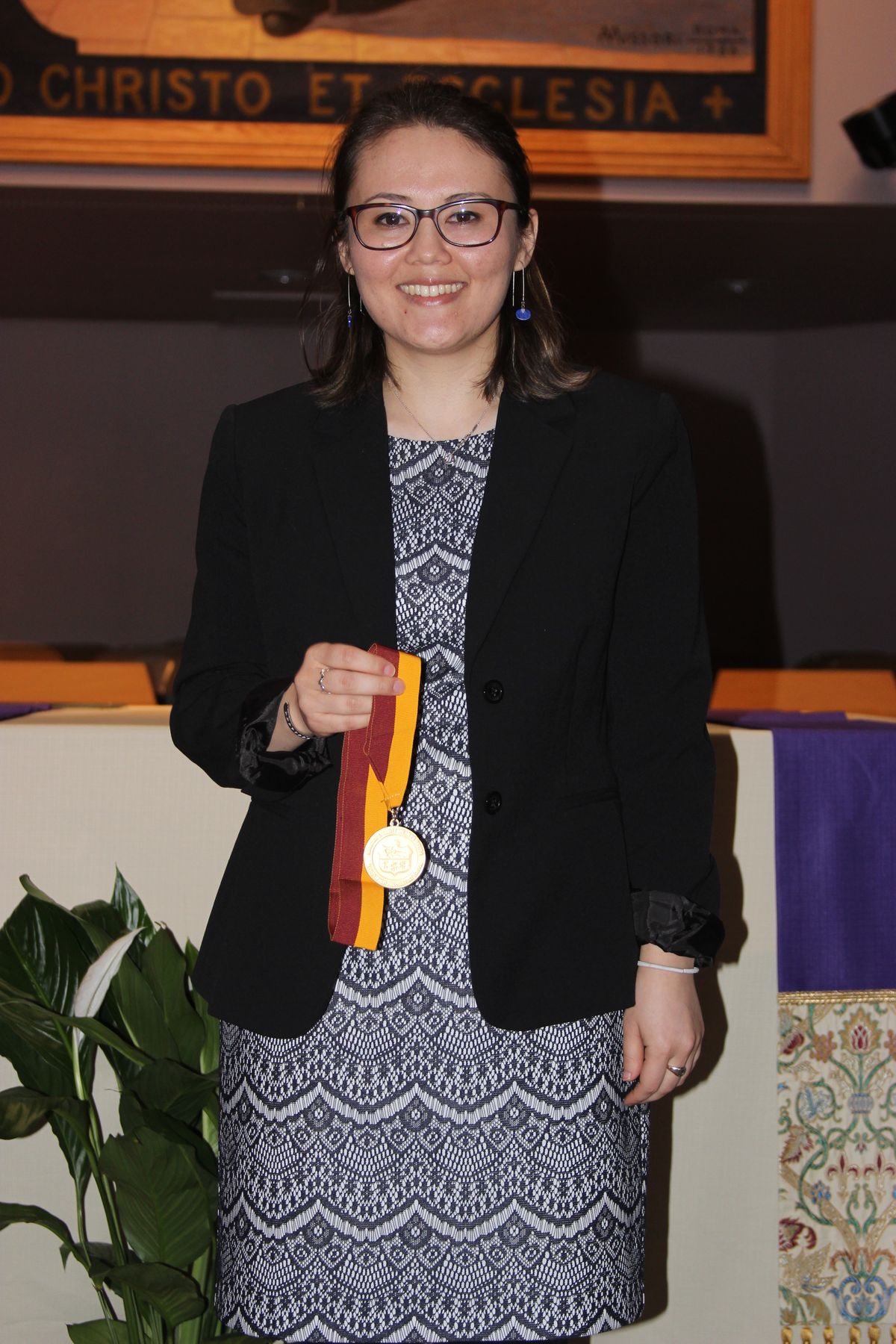 To celebrate International Day at Marianapolis, Sabira Moradi ’13 spoke to the community about her experiences growing up in Afghanistan.

Sabira attended Marianapolis for three years, where she became an integral part of the community as a Resident Assistant, Peer Leader, and a member of the varsity cross country and track and field teams. Ms. Moradi was born in Kabul, Afghanistan and spoke to the community about her childhood in Afghanistan and her journey to studying in the United States.

When she was six years old, Sabira’s mother hid her underneath her blue burqa and took her to an underground school. At the time, Afghanistan was under Taliban rule and girls were not allowed to go to school. Her teacher was a former high school teacher and volunteered to educate girls in her basement.

“I remember the horror that shook me to my core when we passed the Taliban station,” Sabira said. “I honestly wondered what will happen if we got caught?”

Sabira recalled being “transformed to another world” when she would go to the underground school to learn. Her family knew that her only chance at freedom would be through her education. In 2002, the United States defeated the Taliban and Sabira was able to attend a regular school. It was then that her education really began.

In 2010, Sabira boarded a plane to the United States for the first time to begin school at Marianapolis.

“I was excited, nervous, and confused about my future. I had no idea what trials I would face,” Sabira explained. “However, I kept remembering the words of my father who advocated for me when my family members opposed my coming to the United States. He kept saying, ‘Sabira is my daughter and she will cross any borders for her education.”

At first Sabira was nervous attending a Catholic school as a Muslim, afraid of what others might say about her headscarf. But she found a community that accepted her and soon she became very interested in learning about the Catholic religion.

“This journey has increased my faith in humanity,” Sabira said. “Without the many people who have given me love, support, guidance, and encouragement, I would not be who I am today.”

Sabira will graduate this year from Trinity College in Hartford, CT with a double major in economics and international studies with a minor in Arabic.