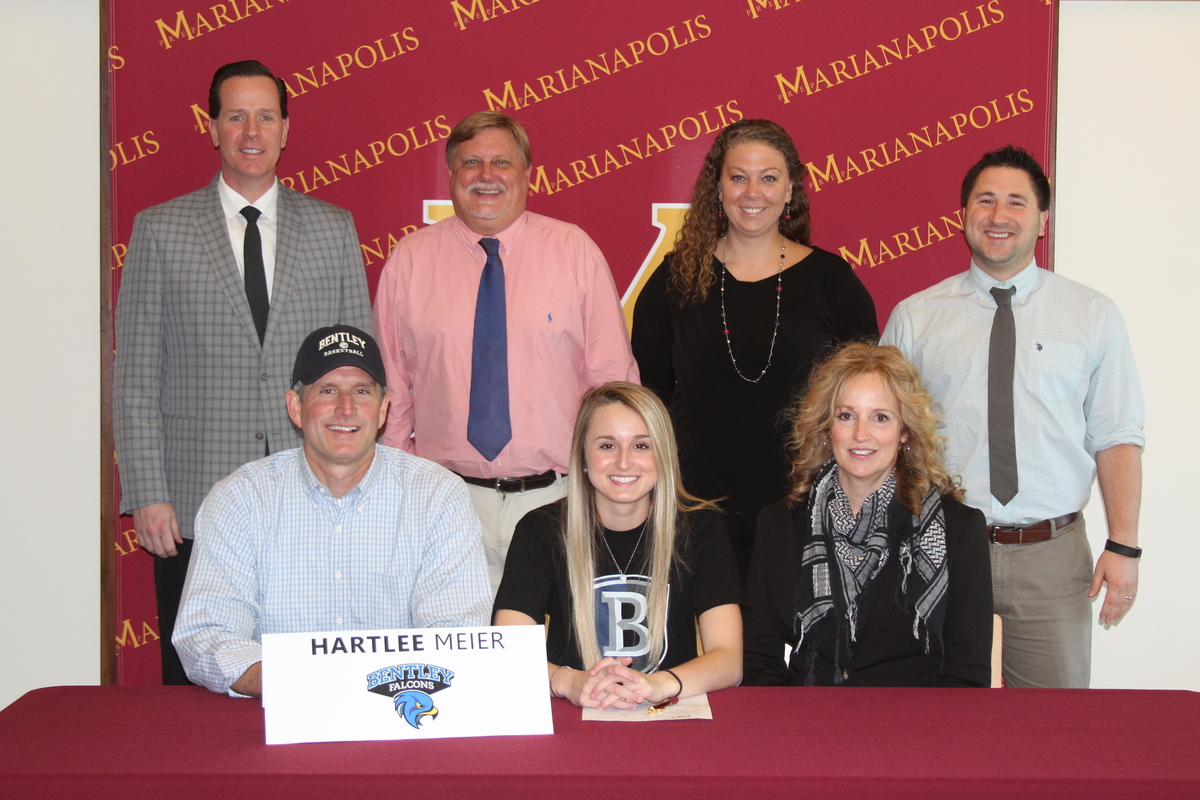 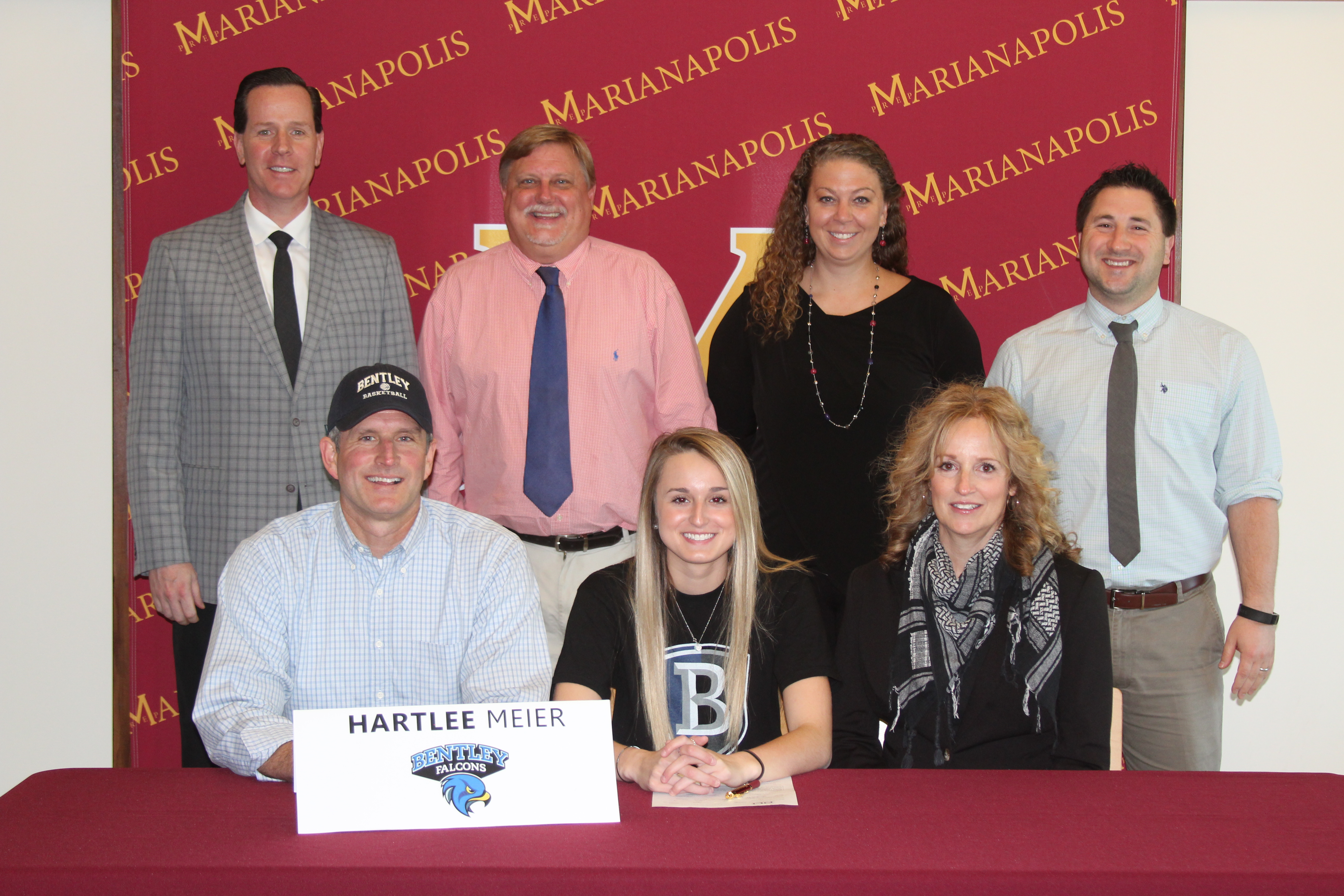 The upcoming basketball season will be the first season Meier will play for the Golden Knights, having previously played for Southington High School. Last season she averaged 12.7 points and 4 assists per game, and had 51 three pointers.

Meier, a shooting guard, decided to sign with Bentley due to the tradition and history of the women’s basketball team. “The basketball program has a history of winning championships which I would love to be a part of,” Meier said. “The team’s head coach, Barbara Stevens, is a hall of fame coach who is incredibly successful. I loved the atmosphere of the coaching staff, players, and school itself. It’s in an amazing area and overall a perfect fit for my college experience as an athlete and a student.”

She has not yet decided on a major, but is interested in management.

“I am truly excited for Hartlee to officially become a Falcon,” said Marianapolis girls’ varsity basketball head coach Lauren Moore. “She is dedicated to the game and doing what she needs to further her skills. She accepts any challenge thrown at her and has great basketball IQ. I am excited that Hartlee will be bringing all of these qualities to our team this year.”

Bentley University is located in Waltham, MA. The women’s basketball team is a Division II, competing in the NE-10 conference. The team won the National Championship in 2014 and has made the Elite 8 four times, and won the NE-10 regular season title and tournament title six times each.