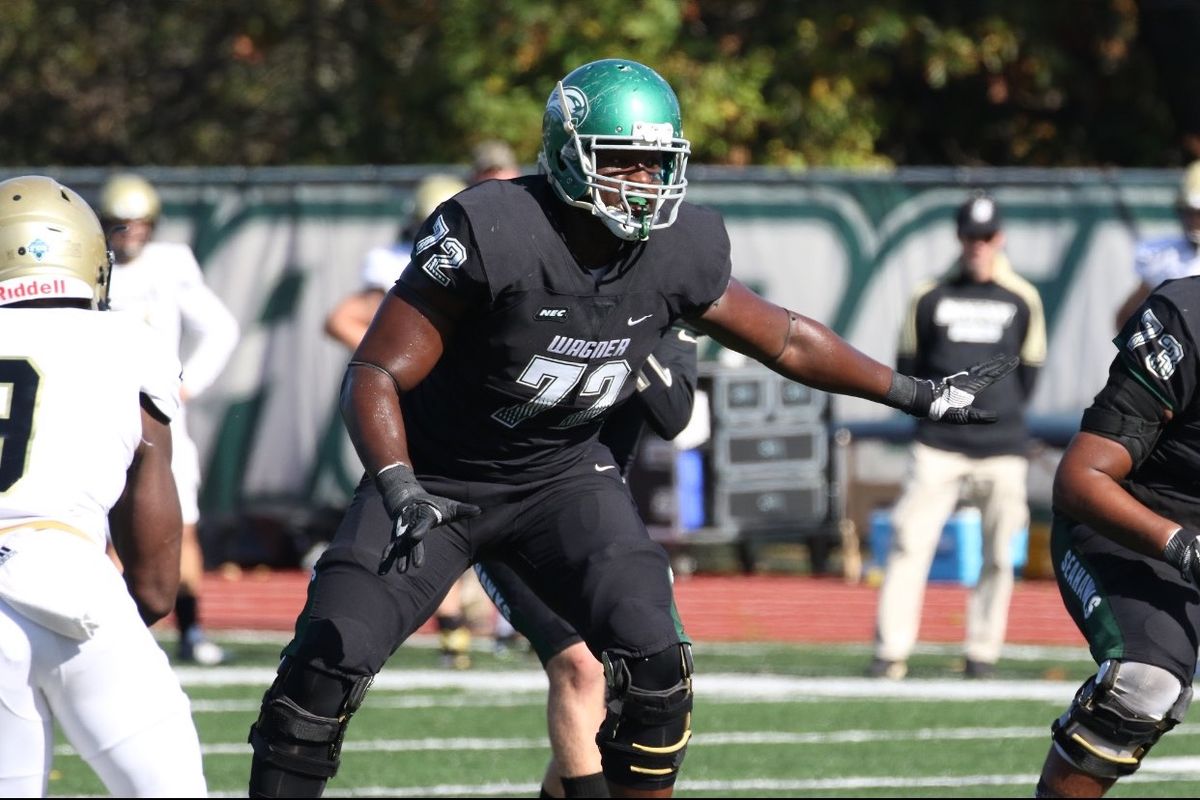 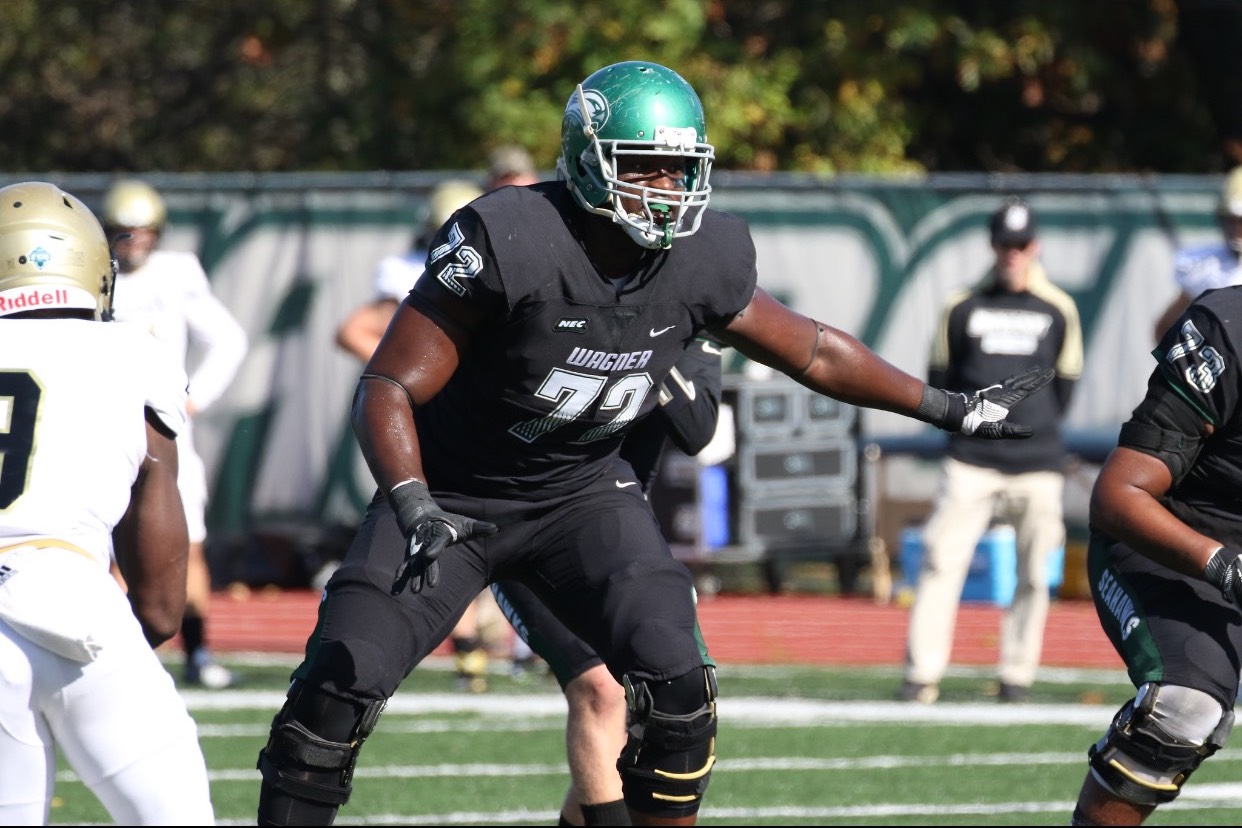 While he may have been known for playing basketball while at Marianapolis, this weekend Greg Senat ’13 will be playing in the college all-star football game, the East-West Shrine Game.

Senat attended Marianapolis for his junior and senior years. During his time at Marianapolis, Senat focused on basketball and earned a scholarship to play at Division I Wagner College. During his senior year at Wagner, Senat decided to go out for the Wagner football team and started in all 11 games. Senat graduated from Wagner in May with a degree in medical anthropology.

“I decided to go out for football because I was missing the sport and I thought it would be fun to play my senior year,” Senat said. He had previously played football in ninth and tenth grade at his former high school, Elmont Memorial High School, in Elmont, NY. 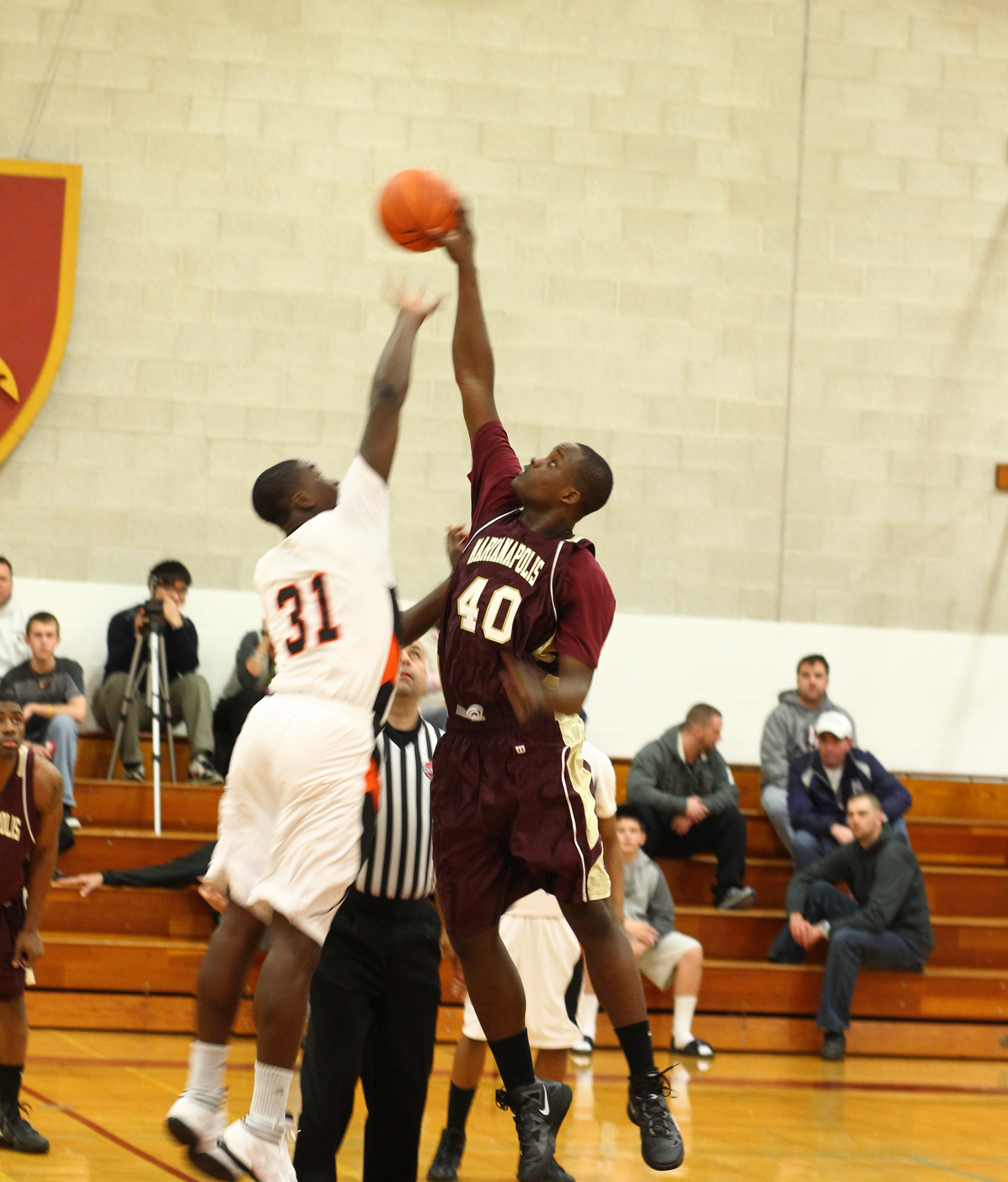 The East-West Shrine Game supports Shriners Hospitals for Children, giving players and coaches the opportunity to meet patients throughout the week and learn more about the importance of the game. In addition, the game allows the top college football players from around the country the chance to showcase their talent to NFL scouts.

“Playing in the East-West Shrine Game is a huge honor and I am extremely privileged to be considered one of the best football players in the country,” Senat said. Senat is hoping that as a result of the game, NFL teams will be able to see that he is not only a basketball player, but a football player also, and be drafted.

“My career goals are to be considered one of the best offensive tackles in the NFL and to win as many Super Bowls as I can,” he said.

The East-West Shrine Game will be televised live on the NFL Network on Saturday January 20, with a kickoff time of 3:07 pm.