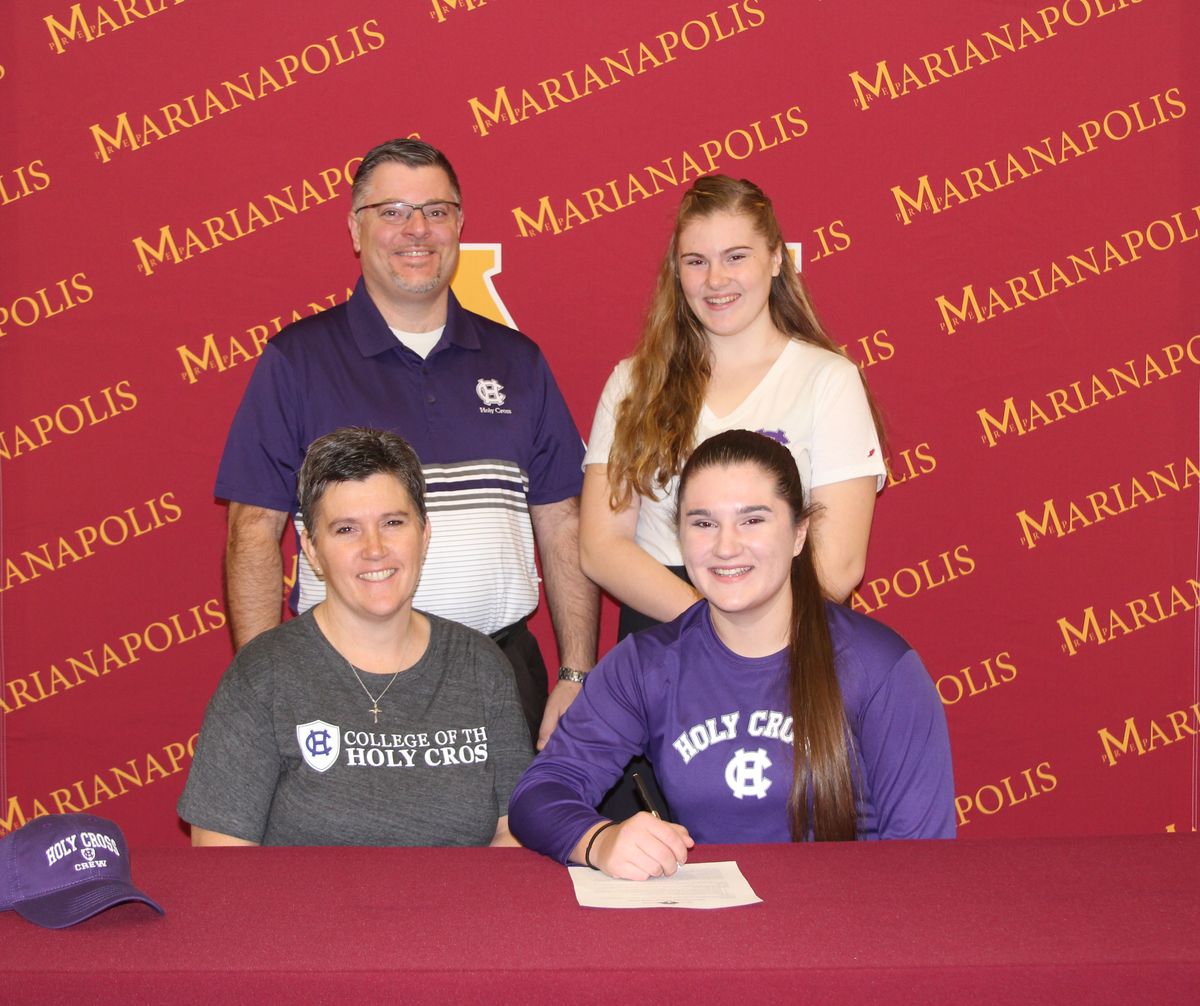 Senior Grace Rett of Uxbridge, MA, has committed to row for Division I College of the Holy Cross, becoming the first Marianapolis student to row at the collegiate level.

Rett began rowing in her freshman year and had not previously rowed before Marianapolis. She has been on the varsity crew team during the fall and spring seasons each year. The crew program at Marianapolis is relatively young, having been established in 2014.

“My freshman year we only had two boats, one girls and one boys,” Rett said. “Now we have six. Watching the program grow throughout my time here has been really cool. Being the first rower from Marianapolis to row at the collegiate level is really special for me because I can help promote the Marianapolis crew program for those who come after me and give back to the program that has given me so much.”

Rett set and continues to hold the girls’ program 2k and 6k erg time records (7:37.5 and 25:18.5 respectively) and was integral in the program’s first wins in her sophomore year. She was a member of the first Marianapolis boat to race at the Head of the Charles and participated in the race again this year. In her freshman year, she was named the Top Newcomer for the team and was awarded Outstanding Achievement Awards twice last year. She is captain of the girls’ varsity crew team this year and will be graduating a 12 season varsity athlete.

“Grace has become one of the strongest assets of our program,” noted Sean Murphy, varsity crew head coach. “She has an undeniable and tenacious passion for rowing. She challenges her fellow oarsmen to push themselves to faster times and sounder technique every day. Grace is the strongest girls’ rower we have ever had at Marianapolis, and this is predominantly the result of her own personal drive.”

At this time, Rett is uncertain of her college major but hopes to be on a pre-health track, most likely studying biology, English, or psychology. She calls Holy Cross her “dream school” and believes that it will “allow me to continue my Catholic education while being challenged with strong academics.”

The College of the Holy Cross is a Division I school located in Worcester, MA. The women’s rowing team competes in the Patriot League.