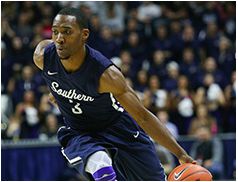 After only a few weeks on the Marianapolis campus, everyone knew the name of Michael Mallory ‘13. He was instantly loved by the community because of his outgoing personality, care for others, and strong work ethic. Mike did a post-graduate year at Marianapolis and was a standout player on the boys' varsity basketball team. Mike was described by his coach Andrew Vitale as "one of the most competitive players to go through the program". Although only on the team for one year and unable to play due to injury for half the season, Mike was still a true leader. During his time at Marianapolis he was a driven student-athlete who made the best out of his year as a Knight.

After being heavily recruited, Mike decided to take his talents to Southern Connecticut State University where he would be an immediate help to their program. As a freshman he averaged 15.8 points per game along with 4.2 rebounds per game. These accomplishments helped him earn not only the Northeast-10 Conference Rookie of the Year award, but also was named to the All-Freshman Team by Division II Bulletin. As a sophomore and junior, he continued to help lead the team averaging 18.3 points per game and 23 points per game respectively. At the end of his sophomore season, Mike was named a Third-Team All-Northeast-10 Conference selection, as well as as Northeast-10 Conference Commissioner's Honor Roll selection for his excellence in the classroom. Junior year Mike was named a First-Team All-Northeast-10 Conference selection and started all 30 games for the Owls. One of Mike's biggest personal accomplishments was in recent days when he became the all-time leading scorer for Southern Connecticut State University after only 7 games in his senior season. His outstanding performance on and off the court, and his recent achievement have set him apart from many, and Knight Nation would like to recognize him.

How did Marianapolis prepare you for the rigors of life after high school?
MPrep prepared me in the sense of I have never lived away from my parents and never had to focus in on the little things to get me through a day. For example waking up getting ready for class and getting there on time and doing everything I needed to do to stay on top of my work.

What are your greatest memories from your Marianapolis playing days?
My greatest moments are when we had a home playoff game and our crowd was awesome and amazing. Another is the hard work I put in with athletic trainer Buddy Drew because I was coming off of knee surgery and he got me back and better than ever. None of this would have been possible without him.

Who were the coaches that had the biggest impact on you during your Marianapolis days?
The biggest coaches were Coach Buddy for helping me get back. Also, Coach Cross who instilled confidence in me again and reminded me that I was unguardable when he tried to guard me in practice I also cherish the talks we would have and when we would watch college games. Lastly, Coach Vitale who took a chance on me. I was coming off an injury I didn't have any film, he didn't see me play, but he took a leap of faith and I owe that man for saving my basketball career.

Major and plans after college?
I am a Communications major with a Leadership and Development minor. My goal after college is to play in the NBA.