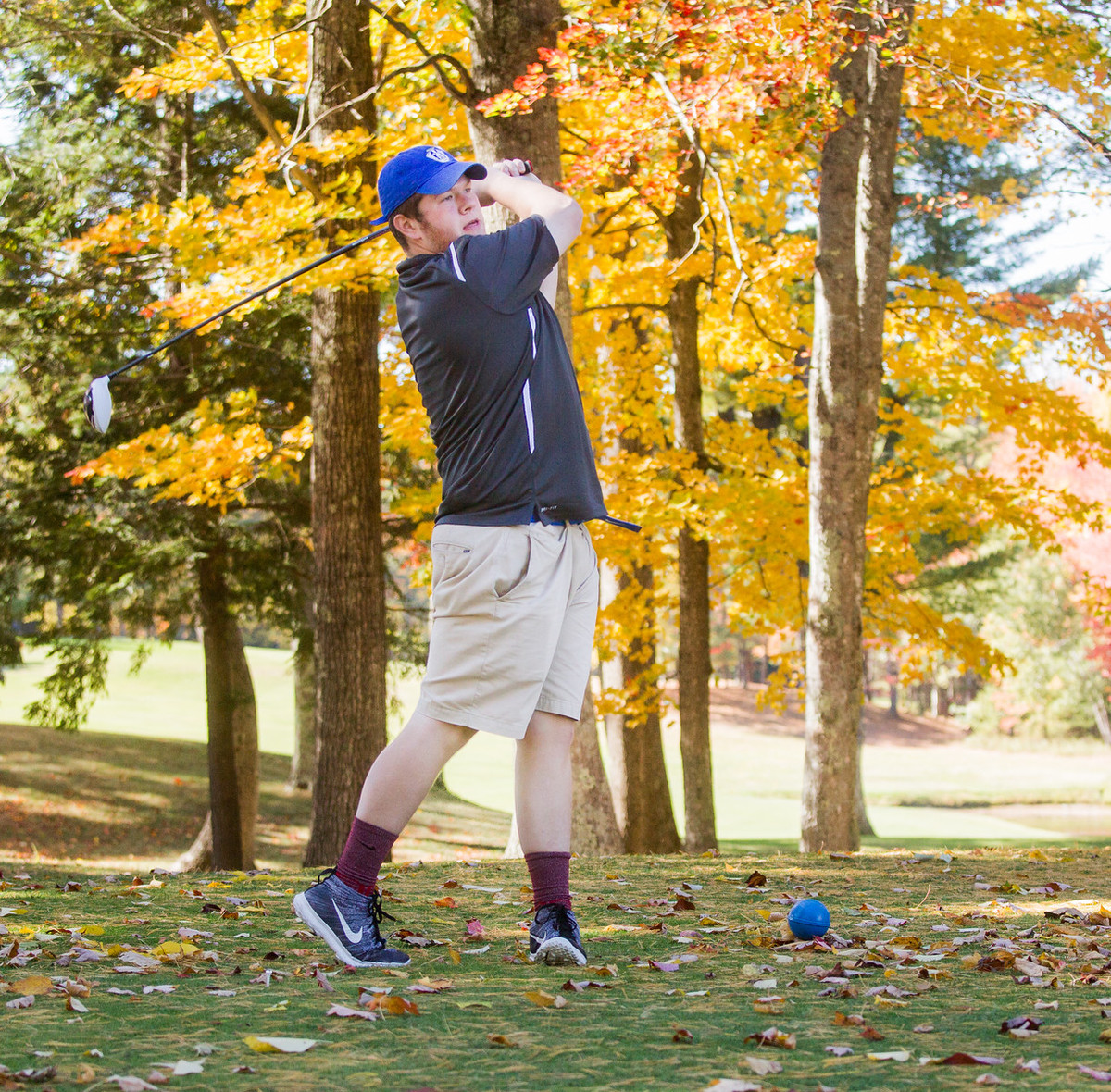 While at Marianapolis, Jack Hanrahan '13 was influential in the classroom, on the athletic fields, and in the clubs that he participated in. He is a student athlete that made the Marianapolis community a better place. As a part of the basketball and baseball teams, Jack helped the baseball team win 2 SENE Championships in his time playing. In addition to these activities Jack was also the two time flag football runner up. Outside of athletics, Jack was a part of the Disaster Relief Club and a tour guide for the school. After graduating from Marianapolis, Jack retired his days playing basketball and baseball. However, he became a valuable member and eventually captain of the Emmanuel College Men's Golf Team. His ability to be successful on the golf team and in the classroom has made Jack a well-deserving recipient of this award. Knight Nation was fortunate to catch up with Jack as his final golf season came to an end.

How did Marianapolis prepare you for the rigors of life after high school?
Marianapolis prepared me in many ways, but most importantly I entered college confident that I could handle a heavy academic schedule, athletic commitments and also have a social life. Learning this balance when I was at Marianapolis set me up for success in college.

Who were the coaches that had the biggest impact on you during your Marianapolis days?
Coach Benedict had the greatest impact during my time at Marianapolis.  Even in tight situations he always remained calm which helped the team stay calm and collected.

Greatest moments playing in college?
One of the greatest playing moments that I have had in college was when I got a birdie on the second hole at George Wright Golf Course.

What is it you are looking forward to this upcoming season?
We play in the fall, so our season is over.  However, we had a great season and finished 2nd in the GNAC which I am very proud of.

Major and plans after college?
I am an Economics major with a Management minor. My plan after college is to move to New Zealand and earn a Masters degree in International Business from the University of Auckland.

What advice would you give your high school self?
Some advice I would give my high school self is to take advantage of the time and resources you have at Marianapolis to get ready for college. You won’t regret it, college is the best thing you will ever experience.